Pollution, Brian, and Vendan side quests 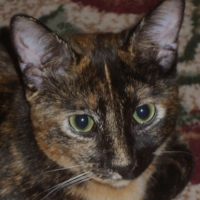 For Brian in Brugh, I have the old parchment and a rusty chest; but Brian doesn't accept it. I have the cleaning brush and have hit the slime patches - including removing the bush - but the quest won't clear. Seems like I did that one before in an earlier release and wasn't able to clear it. I killed the two Milesians, and relit about 8 chandeliers, but Vendan doesn't clear the quest. These are side quest hiccups, and I've been able to complete the game.