I have latest version of game and expansion. Borgo said "Give me Polar Blade" but he didn't take it and it stay in my inventory (but can take me to Ultima Thule anyway) Dingo also didn't take money but take me to Underwater Kingdome and back , Mariner (which can take as on Venets Island) have the same problem. (I have checked money before dialog with both sailors and after. There is no changes) Is both things normal?
Also. Does anyone remember where there is spellbook of Acid Torch? 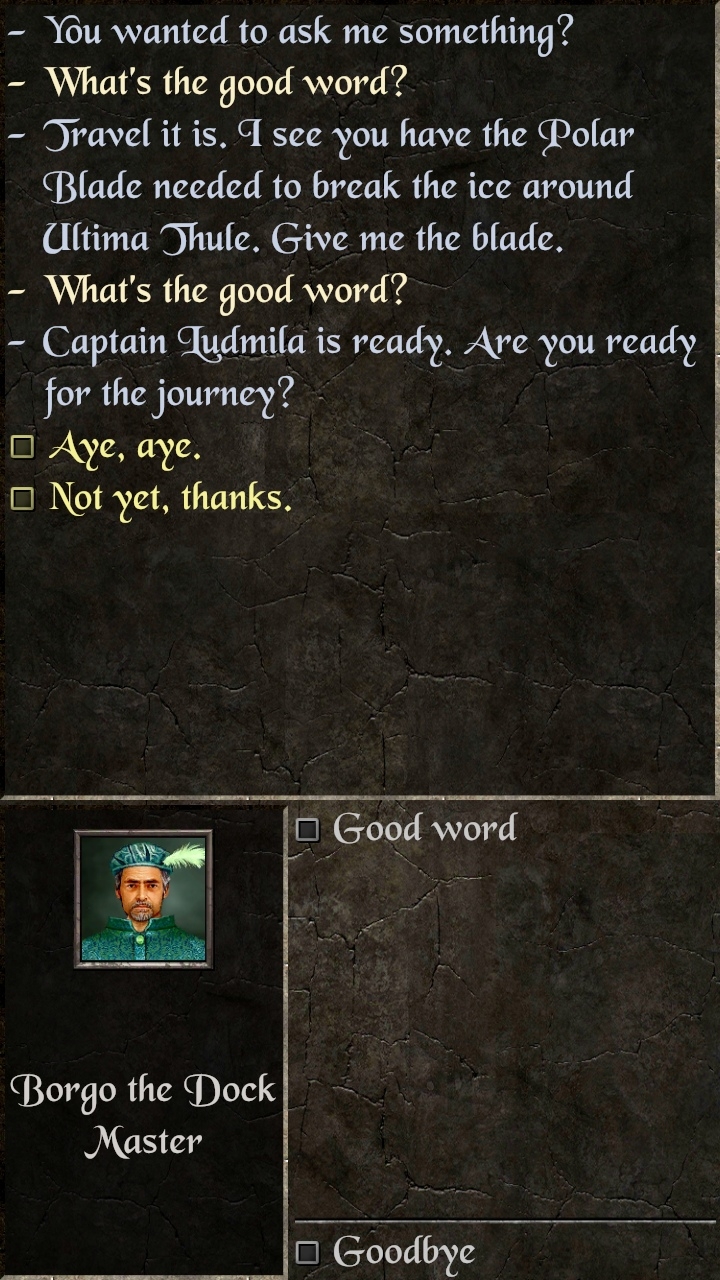 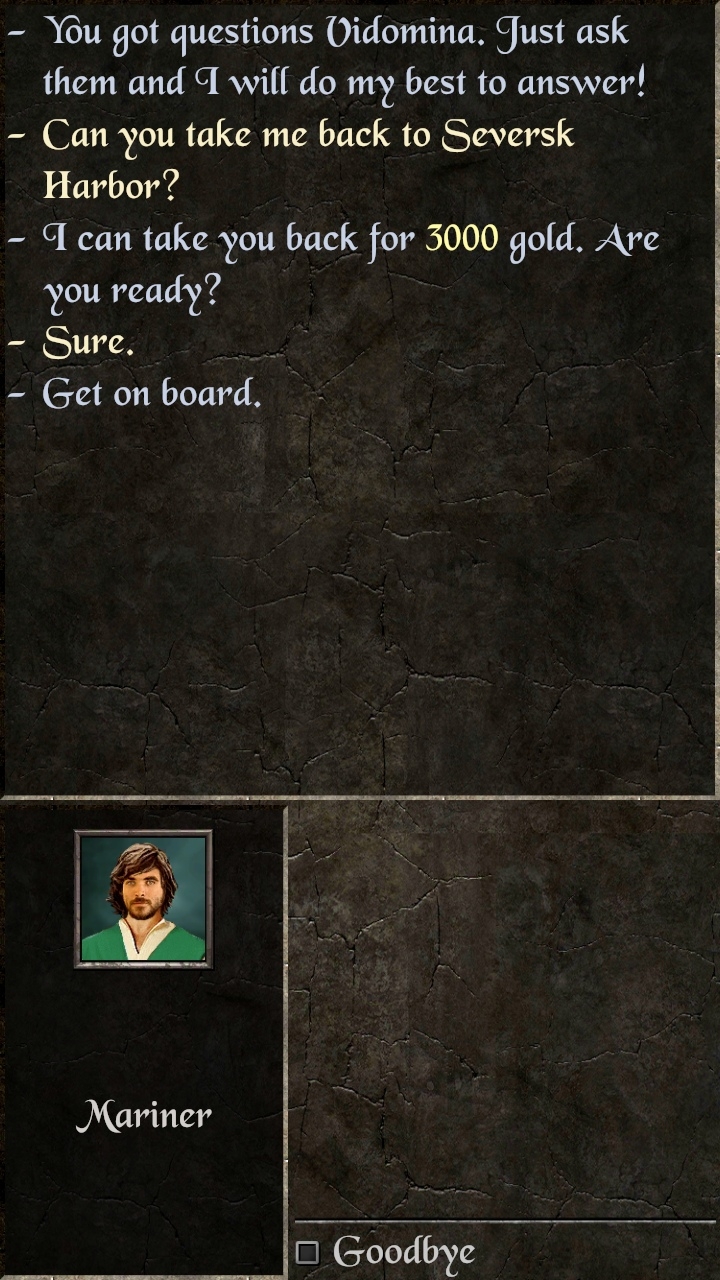