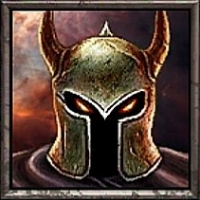 MysticFury
January 20 edited January 20 in General
Hello, adventurers. 👋☺️ I just wanted to ask a question from all of you. 😙

By the way, the Staff (Heavy Weapon) and Dual Wieldable Heavy Weapon that I seek for mustn't requires Evil Alignment in order to use them. 😅

Any kinds of assistance is much appreciated, and I sincerely thank you in advance for the invaluable information. ☺️👍